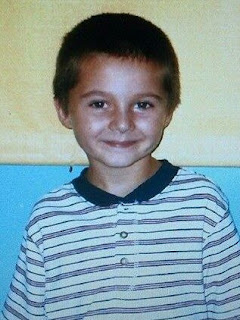 Monica and her two sons, Dalton and Aaron were living on Sugar Hill Road in Heflin, Alabama. Monica was 36 weeks pregnant with her 3rd child. 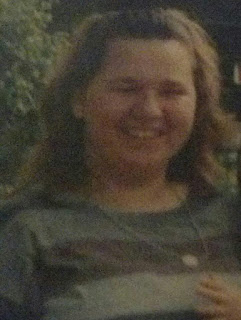 On September 16th 2001, family members had not heard from Monica in several days; they arrived at the property and discovered Dalton and Monica stabbed to death inside their home. They had been dead for several days; upon searching the home, they discovered Monica's two-year-old son alive, hiding in a closet with a flashlight. Monica's unborn child was partially delivered, due to trauma but had also perished.

Police discovered fingerprints, hair, and fibers inside the home that have been tested. If you have any information please call the Heflin Police Department at (256)463-2291.

Popular posts from this blog 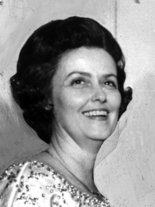 Virginia Simpson, a Birmingham socialite, was found shot death in her husbands bed on August 30, 1977; she was found by her maid. Virginia and her husband Joe, an attorney, lived in their 32-bedroom mansion in Mountain Brook. Alfonso Figueroa and wife, Janet, had been staying in the home with them. Virginia and Joe had been sleeping in separate bedrooms as there was tension in the home regarding Virginia's acceptance of African-Americans into the Birmingham Ballet, which she was co-founder of. Joe had recently gone out of town to Boston, Massachusetts to visit their daughter, while he was out of town, Virginia was shot three times while she slept. Virginia's father was John Youman, whom worked in the Attorney General's office. She graduated from Wellesley College, but she fell in love with the arts. She co-founded the Birmingham Ballet and helped start numerous other Arts Programs in Birmingham, Alabama. After her murder, the very first suspect that the police inves
Read more 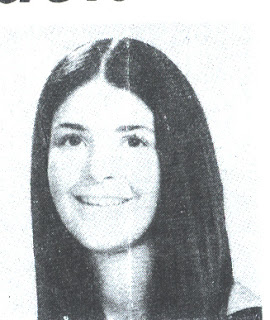 Paula Lee Ellis, was finishing up her Freshmen year at the University of Alabama in Tuscaloosa in 1973. Paula was born and raised in Birmingham until she was 7 years old, when her family moved to Miami, Florida. Having just graduated high school she decided to attend the University of Alabama. With the end of the school term coming to a close, Paula wanted to have some fun and let loose. She decided that she wanted to go see the rock band The Nitty Gritty Dirt Band as they were playing at the Wood Quad on the campus. Paula asked several of her friends to go with her to the concert, they all declined. Paula left her dorm room at the Martha Parham Hall intending to attend the concert a little after midnight on April 21, 1973. She never made it to the concert. A little after 9:00 a.m. on April 22, 1973, Easter Sunday, Paula's purse and the contents of her purse were found scattered on a bridge on Flatwoods Road in Northport. Police were concerned, the way the items had been dis
Read more

March 10, 2019
On January 3rd, 1980, Verlin Roberts arrived at her home in the Mars Hill Community of Cleburne County, Alabama from a trip to Cedartown, Georgia around 2:00 p.m. As she walked to the front of the house, she noticed that the screen door was opened and the rug had been bunched up, propping the door open. Against her better judgement she walked into the house and entered the kitchen. She immediately noticed that the kitchen drawers had been pulled out and the items thrown to the ground. She told herself she needed to leave but her instincts to check on her family were to strong.  Verlin turned into one of the bedrooms and discovered her two sisters, Maebell, age 77, and Floy, age 64, dead on the floor, laying side by side; they had been shot and Floy had evidence of being hit on the head at least twice. One of the sisters still had a thimble on her thumb from sewing. There was still food in the oven, cooling down from lunch. As she checked her brother, Mack's room, she found the 7
Read more